The Ice Trade Between America and India.

(From the Asiatic Journal) 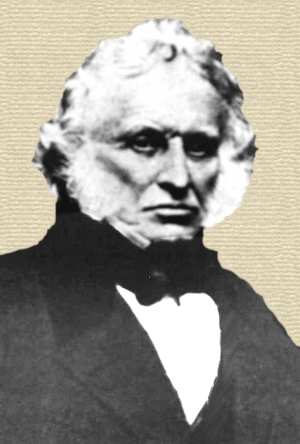 [p.10] The arrival of the Tuscany with a cargo of ice from America forms an epoch in the history of Calcutta worthy of commemoration, as a facetious friend remarked, in a medal of frosted silver. In the month or May last we received a present of some ice from Dr. Wise at Hugli, (whose efforts have been so long directed to the extension of its manufacture by the native process,) as a proof that the precious luxury might be pre-served by careful husbandry until the season when its coolness was the most grateful, little did we then contemplate being able to return the compliment, with a solid lump of the clearest crystal ice at the conclusion of the rains! nor that we should be finally indebted to American enterprise for the realization of a measure for which we have so long envied our more fortunate countrymen in the upper provinces; nay, even the beggars of Bokhara, who in a climate at times more sultry than ours, according to Lieutenant Burnes, “purchase ice for their water, even while entreating the bounty of the passenger.” Professor Leslie with his thousand glass exhausters, and his beautiful steam air pumps, tantalized us with the hopes of a costly treat, and ruined poor Taylor, the bold adopter of his theory; but Science must in this new instance, as on many former occasions, confess herself vanquished or forestalled by the simple practical discovery, that a body of ice may be easily conveyed from one side of the globe to the other, crossing the line twice, with a very moderate loss from liquefaction.

We are indebted to Mr. J. J. Dixwell, the agent of the proprietors, for the following interesting particulars relative to the Tuscany’s novel cargo, and the mode of shipping ice from America for foreign consumption.

The supplying of ice to the W. Indies and to the southern states of the Union, New Or!eans, &c., has become within these few years an extensive branch of trade under the successful exertions of its originator, Frederick Gudar, Esq., of Boston, with whom, S. Austen, Esq., and Mr. W. C, Rogers, are associated in the present speculation.

The ponds from which the Boston ice is cut, are situated within ten miles of the city; it is also procured from the Kennebec and Penobscot rivers, in the state of Maine where it is deposited in ice-houses on the banks and shipped from thence to the capital. A peculiar machine is used to cut it from the ponds in blocks of two feet square, and from one foot to eighteen inches thick, varying according to the intensity of the season. If the winter does not produce enough to freeze the water to a convenient thickness, the square slabs are laid again over the sheet ice, until consolidated and so recut. The ice is stored in warehouses constructed for the purpose at Boston.

The shipping it to the West Indies, a voyage of ten or fifteen days, little precaution is used. The whole hold of the vessel is filled with it, having a lining of [p.11] tan about four inches thick upon the bottom and sides of the hold; and the top lifts covered with a layer of hay. The hatches are then closed, and are not allowed to be opened till the ice is ready to be discharged. It is usually measured for shipping, and each cord reckoned at three tons: a cubic foot weighs 58½ lbs.

For the voyage to India, a much longer one than had been hitherto attempted, some additional precautions were deemed necessary for the preservation of the ice. The ice hold was an insulated house, extending from the after part of the forward hatch, about fifty feet in length. It was constructed as follows:-- a floor of one-inch deal planks was first laid down upon the dunnage at the bottom of the vessel; over this was strewed a layer, one foot thick of tan; that is, the refuse bark from the tanners’ pits, thoroughly dried, which is found to be a very good and cheap non-conductor: over this was laid another deal planking, and the four sides of the hold were built up in exactly the same manner. The pump, well, and main-mast, were boxed round in the same manner.

The cubes of ice were then packed or built together so close as to leave no space between them, and to make the whole one solid mass: about 180 tons were thus stowed. On the top was pressed down closely a foot of hay, and the whole was shut up from access of air, with a deal planking one inch thick nailed upon the lower surface of the lower deck timbers; the space between the planks and deck being stuffed with tan.

On the surface of the ice, at two places, was introduced a kind of float, having a guage rod passing through a stuffing-box in the cover; the object of which was to denote the gradual decrease of the ice, as it melted and subsided bodily.

The ice was shipped on the 6th and 7th of May, 1833, and discharged in Calcutta on the 13th, 14th, 15th and 16th of September, making the voyage in four months and seven days. The amount of wastage could not be exactly ascertained from the sinking of the ice-guage; because, on opening the chamber, it was found that the ice had melted between each block, and not from the exterior only, in the manner of one solid mass, as was anticipated. Calculating from the rods, and from the diminishing draught of the ship, Mr. Dixwell estimated the loss on arrival at Diamond Harbour, to be fifty-five tons, six or eight tons more being lost during the passage up the river; and probably about twenty in landing. About one hundred tons, say three thousand maunds, were finally deposited in the ice-house on shore; a lower room in a house at Brightman’s Ghaut; rapidly floored, and lined with planks for the occasion.

The sale has not, we believe, been so rapid as might have been expected, amounting to no more than ten maunds per diem, although Mr. Rogers has fixed the price at the low rate of four annas per seer, one half of the price estimated for the Hugli ice, which was calculated to be somewhat cheaper in proportion to saltpetre. The public requires to be habituated to it, and to be satisfied of the economy of its substitution for the long-established process of cooling. There may also be some doubts of the best mode of preserving so fleeting a commodity; but on this head we cannot but advise an imitation of the methods pursued on a large scale on board of the Tuscany. For the application of ice to the purposes of cooling, ample directions have been given in the “Gleanings of Science,” vol. iii. p. 120. A box or basket, or tin case, with several folds of blankets, or having a double case lined with paddy chaff, or any non-conducting substance, will preserve the ice until wanted; and for cooling water or wine, the most effectual method of all is to put a lump of the clear crystal into the liquid. The next best is to spread fragments upon the bottles laid horizontally, and have them wrapped in flannel for a couple of hours.

So effectual was the non-conducting power of the ice-house on board, that a thermometer placed on it did not differ perceptibly from one in the cabin. From the temperature of the water pumped out, and that of the air in the rim of the vessel, Mr. Dixwell ascertained that the temperature of the hold was not sensibly affected by the ice. Upon leaving the tropic, and running rapidly into higher latitudes, it retained its heat from some time; but after being several weeks in high latitudes, and becoming cooled [p.12]  to the temperature of the external air and sea, it took more than ten days in the tropics before the hold was heated to the tropical standard.