An English Physicist, with Shunt Circuit and Keyboard, Made Them Play Tunes. 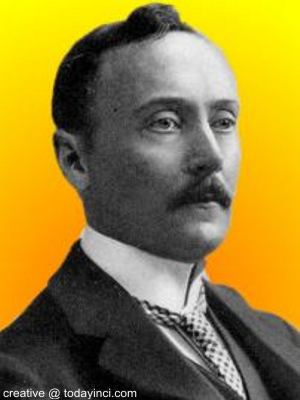 Some time ago, while experimenting with the electric arc, W. Duddell, an English physicist, made the remarkable discovery that it could play tunes. He found that the slightest alteration - even so little as one-ten-thousandth part - in the current passing through the arc caused a variation in the hot vapor column surrounding the ends of the carbons, which produced audible sounds. And he further found that by the use of a device called a shunt circuit he could control the variation so perfectly that as to obtain a musical scale. He then constructed an arc with solid carbons - the cored carbon has no music in its soul - and by the use of a shunt circuit containing capacity and self-inductance and an ingenious keyboard he obtained an instrument upon which tunes could be played.

The shunt circuit was placed directly across the terminals of the arc. Mr. Duddell had no idea at this time that he could play his new instrument from a distance.

In connection with a lecture on the electric arc before the London Institution of Electrical Engineers he exhibited his “musical arc” and played several pieces upon it for the audience. Up to this point the discovery was more curious than practical - simply a novel property of the electric arc suitable for demonstration in the lecture room.

But some new facts have just come to light - in a most curious way, too - which seem to promise a considerably wider field for the new musical instrument, and which may eventually give it important practical applications. It has now transpired that in two different laboratories about a fifth of a mile away from the lecture room - one that of Sir W. De W. Abney and the other Sir Norman Lockyer's - arcs which were being used for experimental work behaved in a most unaccountable manner, and were described as playing tunes or singing during the time when Mr. Duddell was giving his lecture. At first no one could suggest any satisfactory explanation of their curious behavior.

But upon publication of Mr. Duddell's lecture it was immediately suspected that he had inadvertently played upon these two other arcs as well as upon that in the central technical college, and further experiments have verified this conclusion. All three arcs were found to be supplied with current from the street mains, and it was clear that this main current had been varied in such a way by Mr. Duddell's keyboard as to reproduce in the two other laboratories the tunes which he supposed he was playing only to his audience in the lecture room. This obviously meant that by playing on one properly arranged keyboard tunes could be reproduced in a number of different arcs and at a distance from the musician.

If such remarkable results were obtained purely by accident, and hence without any special arrangement, it seems very probable that further experimental work along these line will disclose a hitherto unsuspected possibility in the use of the arc light for public entertainment, as well as illumination. For instance, in a large public hall, or in a railroad station such as that of the Pennsylvania at Jersey City, or in the streets, it may eventually be possible for the electric lighting companies to give regular concerts in conjunction with their lighting service, a musician being a regular part of the central station equipment, where the keyboard would be located.

The possible applications of such a musical instrument are obviously very numerous, and if it proves a practical contrivance and is reasonably harmonious, it will surely find many novel uses. A musical house-to-house service, on the same plan as the telephonic newspaper, which is said to be very popular and successful in Budapest at present, is one of these.

The grand effect which would be produced by all of the arc lights in New York City, for instance, playing “Columbia” on some great public occasion, can be better imagined than described.

As an enthusiastic scientist had put it, the time is perhaps not far distant when we shall be able to realize something of the grandeur of “the morning stars singing together.” v.j.y.